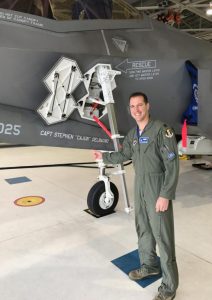 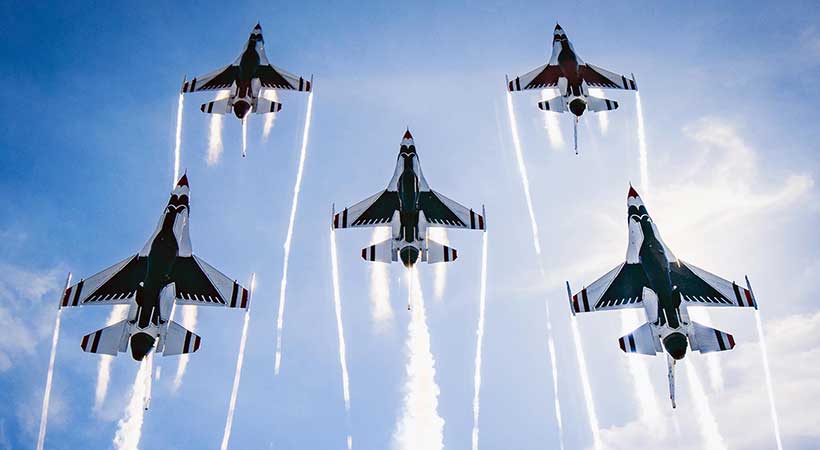 The U.S. Air Force Thunderbirds fly the F-16 Fighting Falcon and perform a combination of formation and solo maneuvers in an inspiring high energy performance. In all, the pilots perform approximately 20 maneuvers during the full demonstration that lasts approximately 45 minutes.

The Thunderbirds begin their takeoff roll with the words “Thunderbirds, let’s run ‘em up!” As Thunderbirds 1-4 lift off, the slot aircraft slips immediately into position behind the leader to create the signature diamond formation and they climb straight up into their first maneuver, the Diamond Loop. The solos take off next as Thunderbird 5 takes to the air next, performs a low altitude roll, followed by 6 who climbs in a nearly vertical, then rolls and dives back toward show center, pulling up just above the runway to exit in the opposite direction.

Most of the Thunderbirds’ performance features alternating maneuvers performed by the diamond and the solos. There are a total of eight different formations featuring 4-6 jets flying in close proximity to each other. The jets come the closest to each other in the Arrowhead formation with as little as 18 inches between aircraft. All formation maneuvers are performed at speeds exceeding 400 mph.

The two solo aircraft highlight some of the extreme capabilities of the F-16 executing maneuvers as low as 100 feet off the ground and some at speeds of over 700mph. During the high speed maneuvers the shock cone is sometimes visible as the jet teeters on the edge of the sound barrier!

In their most extreme maneuvers, the Thunderbirds fly as low as 100 feet off the ground and at speeds of over 700mph!

When the two solos cross over the crowd in afterburner, it signals that all six jets are coming together. In the distance you’ll see the solos catch or rejoin the diamond to form the delta formation,dramatically increasing the difficulty of flying in close proximity.

The finale of the performance is the Thunderbirds signature maneuver, called the “Bomb Burst.” The 4-ship diamond pulls straight up into the vertical and all four aircraft break off in separate directions while a solo goes straight up, climbing to 3 miles high while rolling. The 4 diamond aircraft fly in opposite directions for 3 miles, then turn downward and back towards show center, crossing at closing speeds of nearly 1,000 mph just a few hundred feet off the ground.

See the Thunderbirds perform at these upcoming AirDotShow Live destinations! 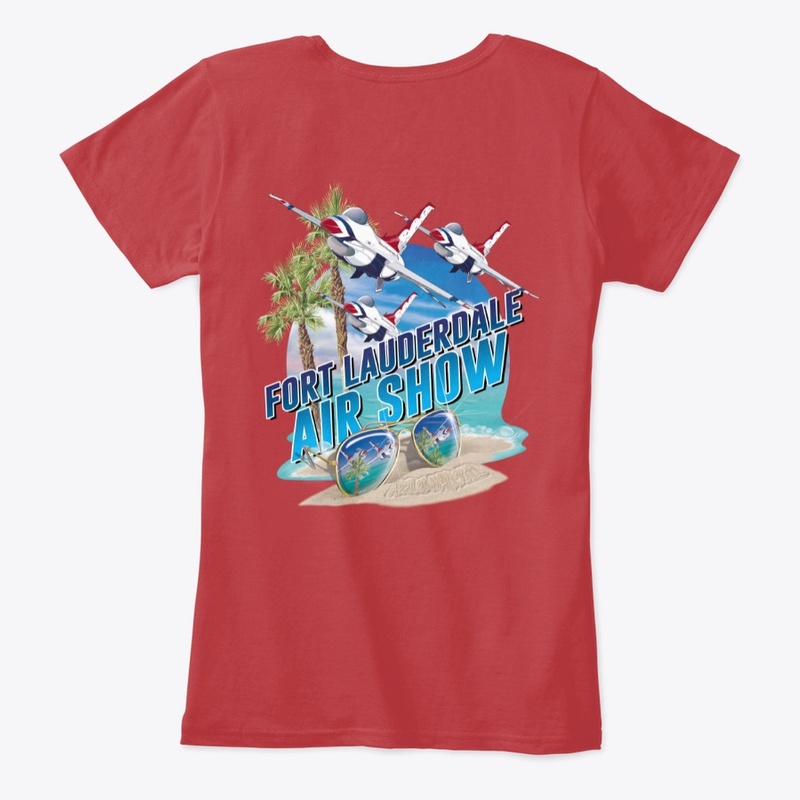 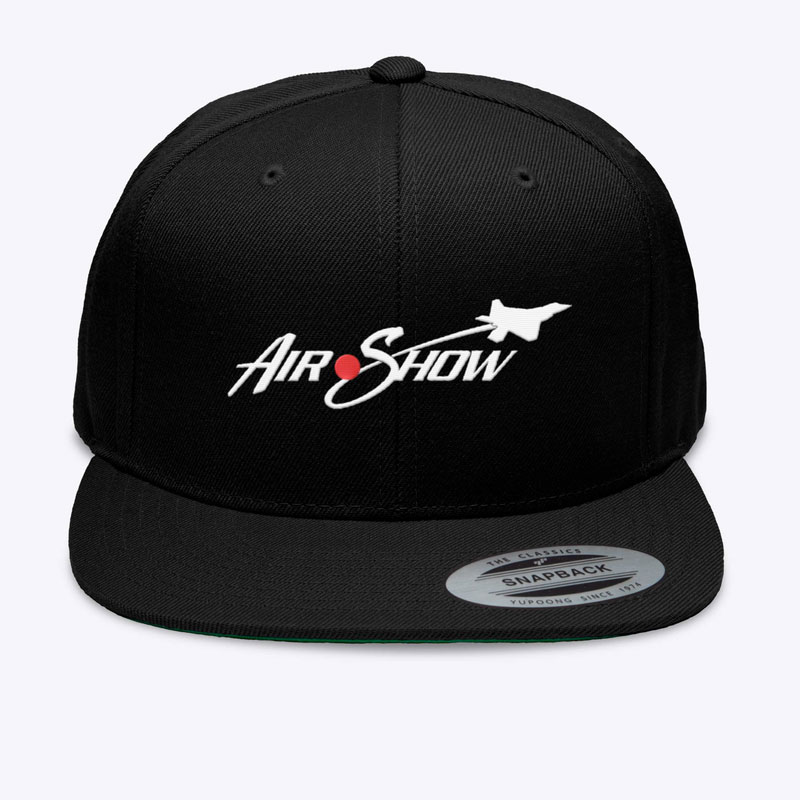 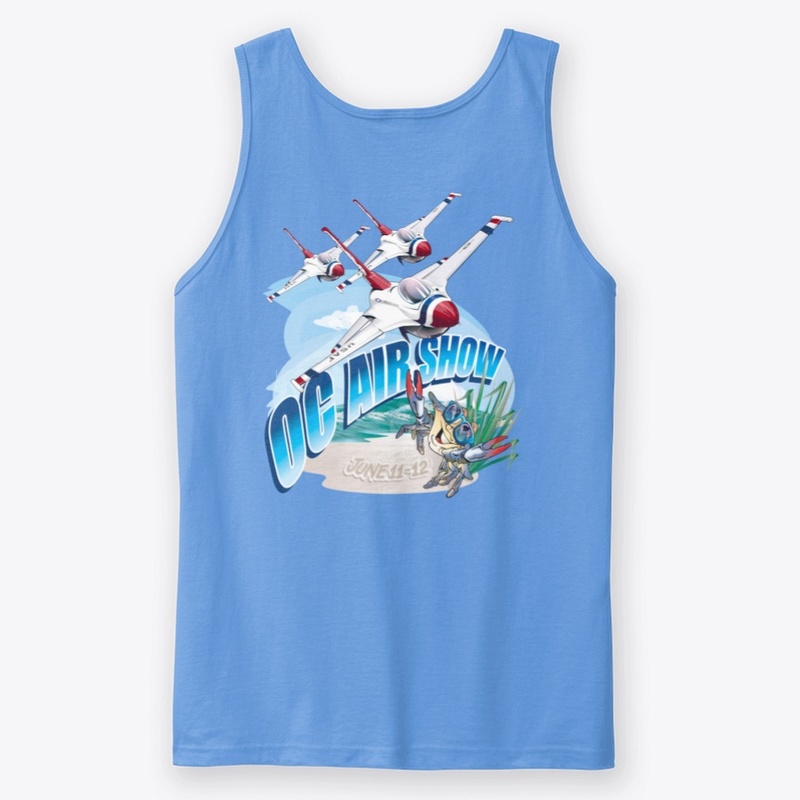 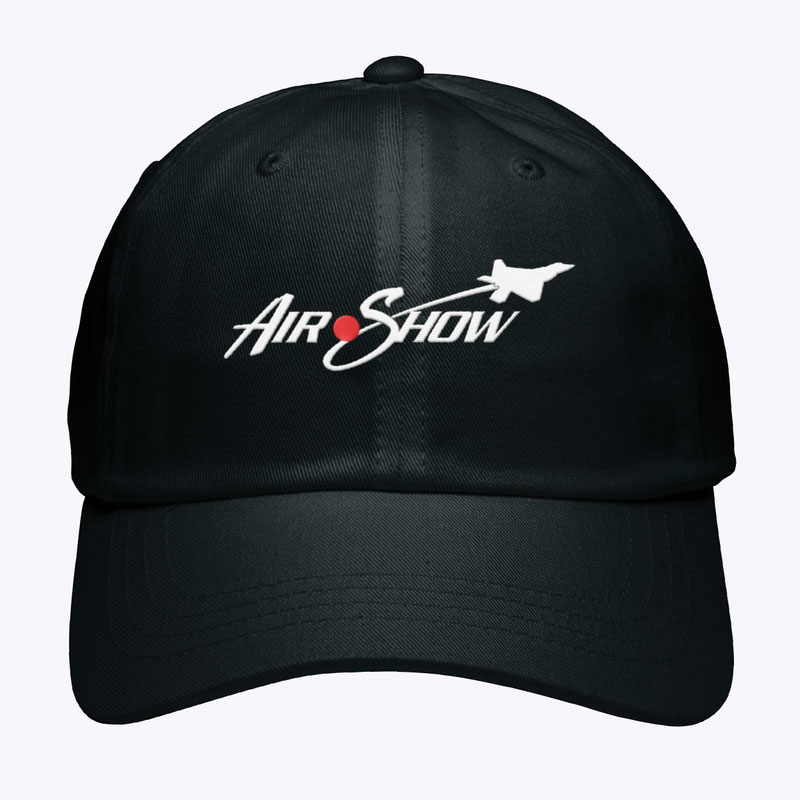 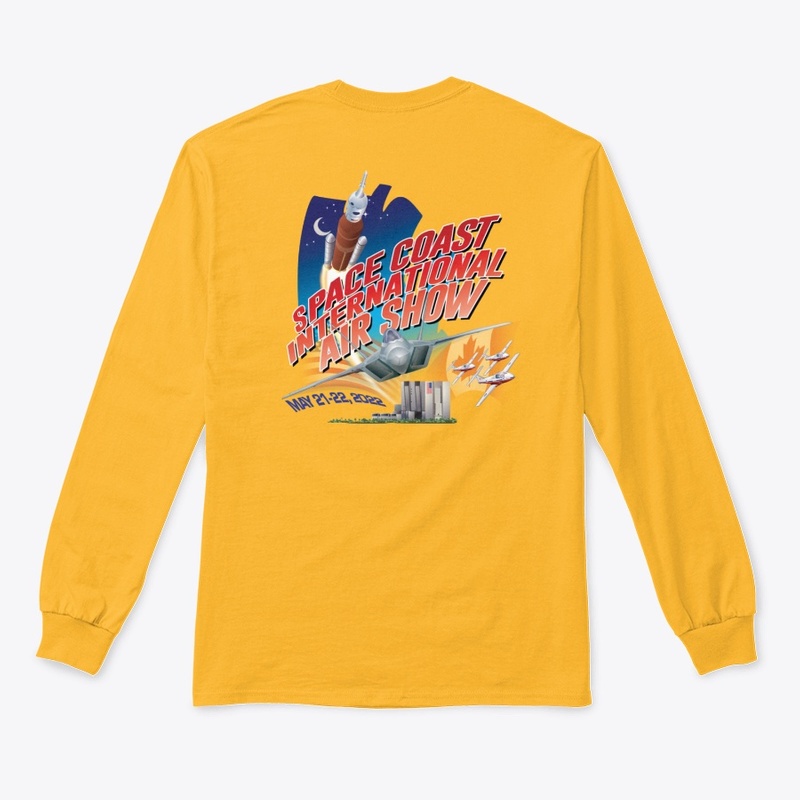 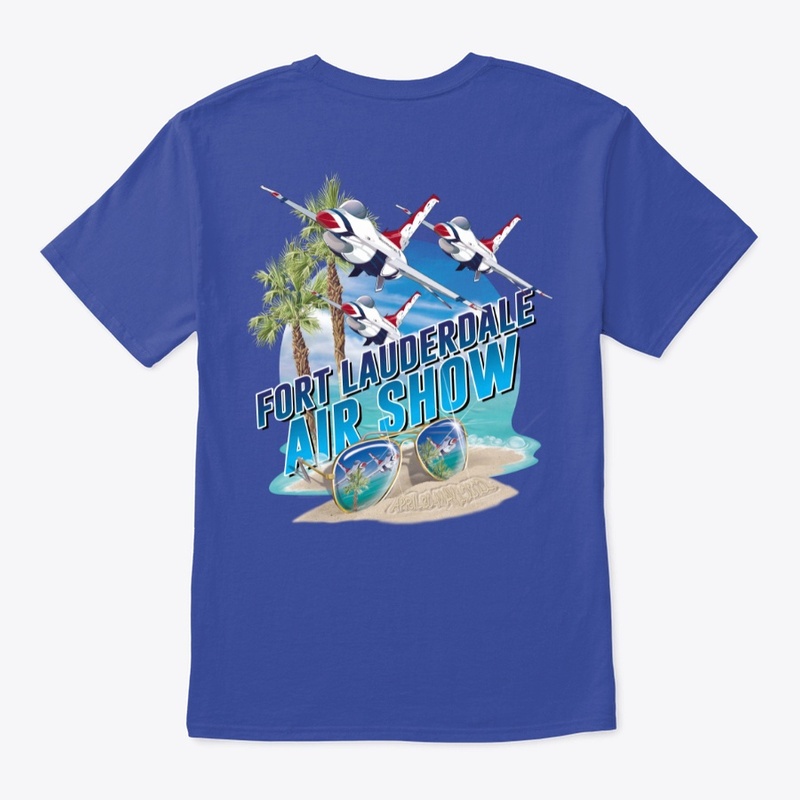 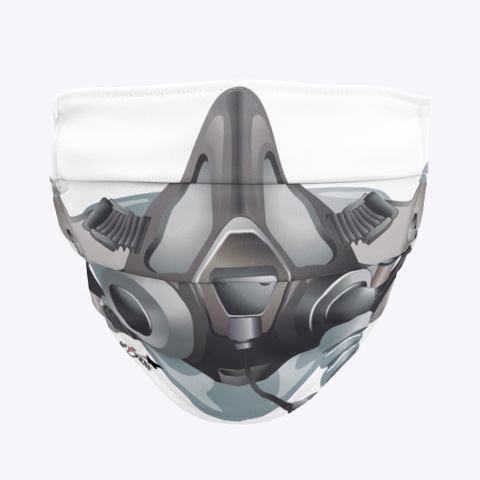